Note: Your device must be connected to the same WiFi and in range of it's connection for the Chromecast button to display 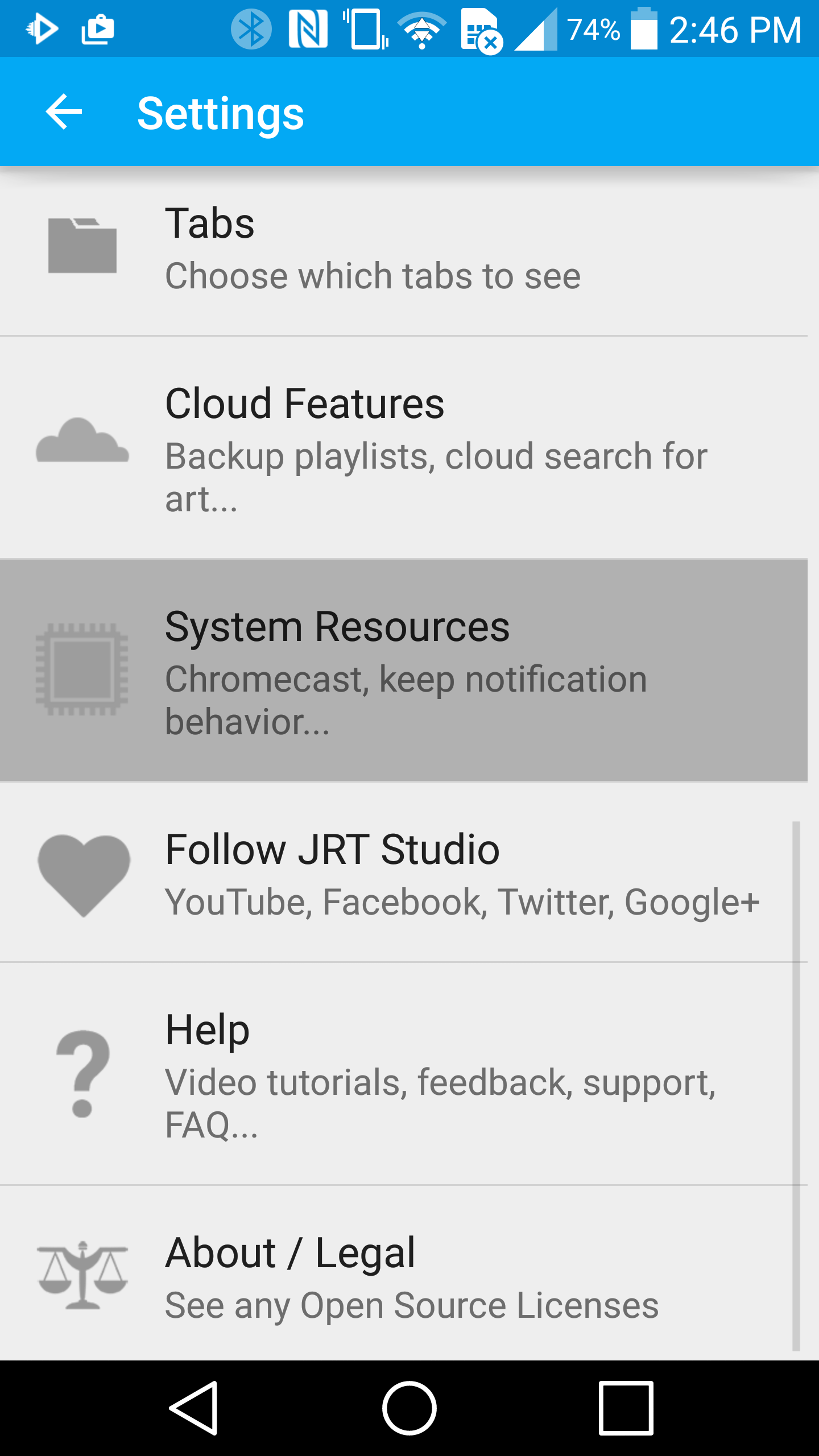 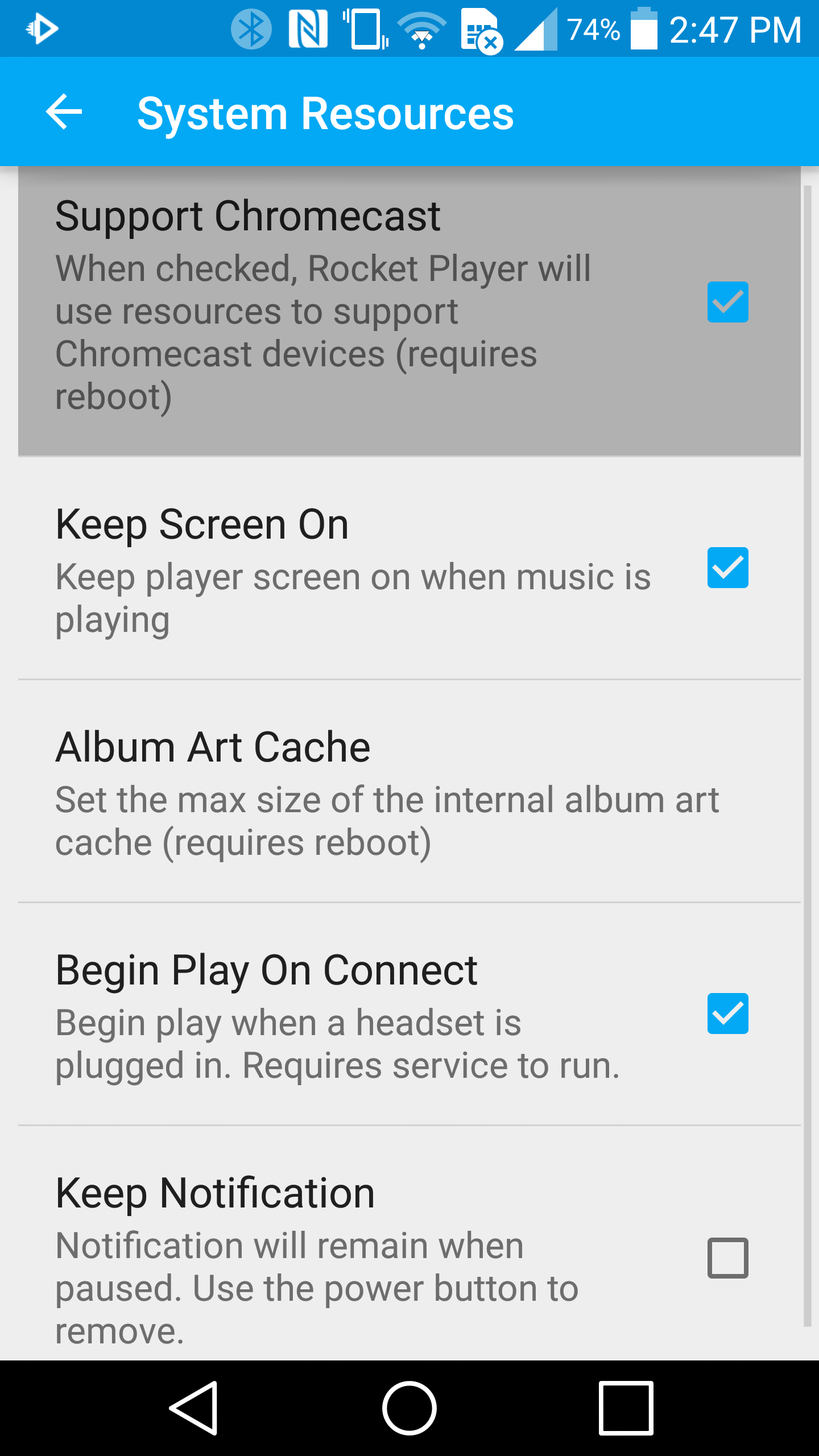 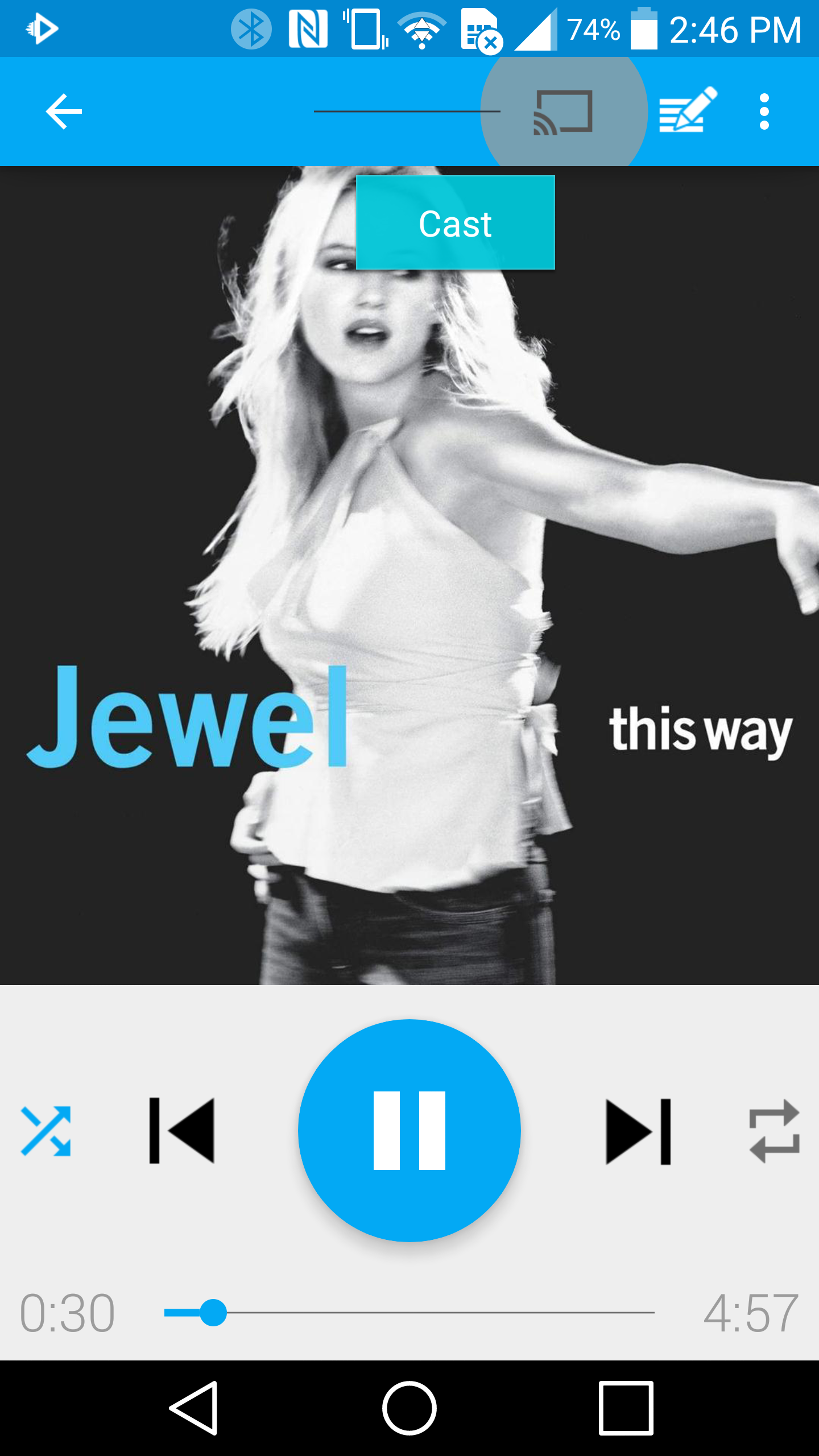 Hi. This is Justin from JRT Studio. I want to do this week’s video on the brand new Chromecast support. If you don’t know what Chromecast is, Chromecast is a device that you plug in to the back of your TV, and it allows you to listen to music but watch TV shows. It’s great with YouTube. I love watching car videos on YouTube using it. Netflix, HBO Go. It’s a pretty handy $35 device. At this point, over Christmas I got all my family members a Chromecast. Anyhow, if you don’t know what it is, and this isn’t telling you, just Google it.

What I wanted to show you is in Rocket Player I’ve added Chromecast support now. What I’m going to go ahead and do is shuffle all albums using the “shuffle albums” button, one of my favorite things to do. So now all I have to do to use Chromecast, you know, you get something playing. You press the Chromecast button. Then I’m going to play it on our Chromecast labeled “bedroom,” which is in the office right now and making my wife none too happy. I go ahead and hit “bedroom.” It takes just a second to load the app. Then it shows you that it’s buffering. Once it finishes buffering, then now it’s playing on my TV. It’s showing me the song and everything on my TV, which I know you can’t see.

That’s really how it should work. You should be able to continue to use your Rocket Player controls to control what’s on the TV, play your play lists. There are still some issues with this. I just released support. I’ve noticed that if you try and stream a FLAC file, which Chromecast doesn’t support, then that can screw things up. Definitely email us. Let us know what’s going on. If you find some issues, go ahead and report them so we can get them fixed. If no one seems to be streaming FLAC files and it’s not messing up, we’ve got a bunch of other things we want to do. Let us know if there are some issues that you’ve found.

That’s really it for this week’s tip is Chromecast support. Go give it a try. As always, subscribe. I’m going to try and put videos up here for you guys. Hopefully, this is going to highlight some of the features in Rocket Player.